What is a pyramid scheme, why is it illegal and how to recognize it? Pyramid schemes are very profitable schemes for those who start them while terribly harmful for their victims. Learn more about this dangerous business strategy.

Recently I received a request from one of my blog's readers: "I read your article 'The basics of network marketing' and would like to understand the difference between network marketing and pyramid scheme".

On one side, we have a "scheme", a business model, a system to generate money.

On the other side we have a mean to achieve that goal, a tool or a strategy. 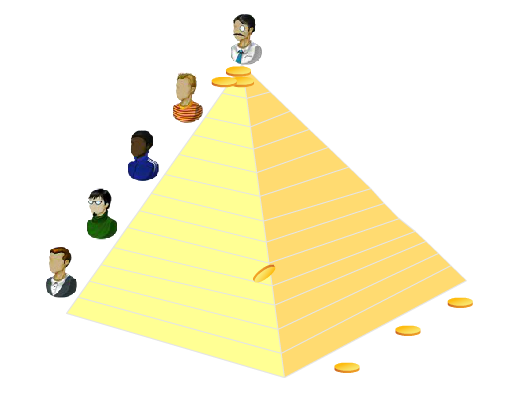 What is a pyramid scheme?

A general definition could be "a non-sustainable business model that lures its victims with promising rewards".

A person creates a virtual product or service. He then promises other people within his network a lot of money if they get into the scheme.

To become a member, those people will need to pay a fee. This fee can come as a membership, entrance access, product price, etc. 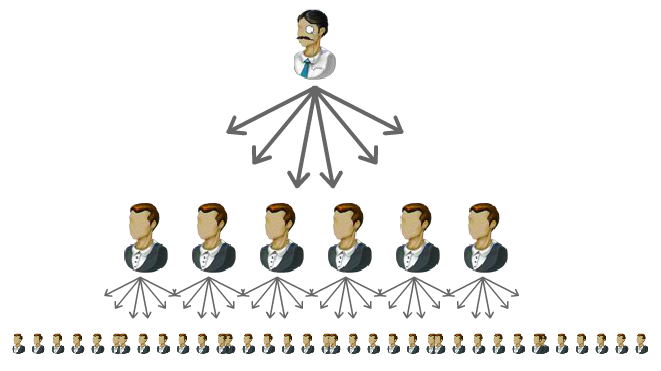 After enrolling an average of 6 people, a member covers his initial investment and starts to actually make benefits.

We call this system a "pyramid scheme" because the shape of its members' base reminds the one of a pyramid: each level is larger than the previous one.

The head of the pyramid is the creator of the scheme.

Why is it illegal?

The first reason is that Pyramid Schemes do not create any value: the money earned by the members of the scheme comes from the members of lower levels. There is no creation of value and therefore the system only transfers the money from one individual to another. 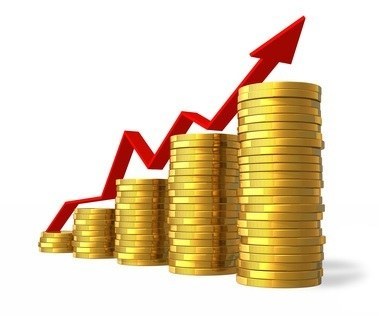 The second - and main - reason is that a Pyramid Scheme is a non-sustainable business. In other words, the scheme is meant to fail.

Once a member, this person will need to enroll at least 6 other people to recover the initial investment and continue enrolling others to generate a benefit.

On the first level (the head of the pyramid), we got one "founder". The head enrolls 6 new members.

On the fourth level, we already have 216 members. And the system goes on with an exponential increase of the number of members at each level.

Let's look at level 13 now: we now have over 2 billion members in the system! What will happen on next level?

On level 14... we have over 13 billion members: a number higher than the actual world population! 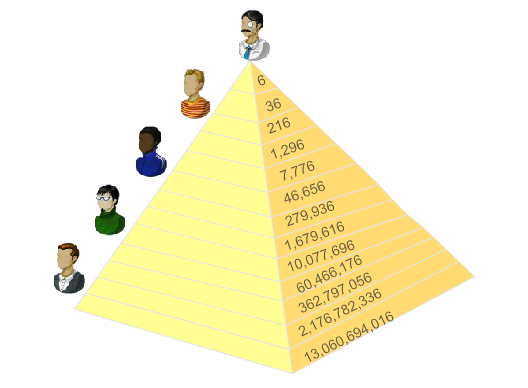 The simple demonstration shows one thing: to work, the system requires a continuous enrolment of new members and therefore collapses when there is no-one left to enroll.

Now, who suffers from the collapsing of the system?

The last level of the pyramid that invested the 100$ and will never find 6 new members to cover the cost have a pure loss. On the other hand, all other levels above them simply enjoy their return on investment, making money with the loss of their own recruits.

For this simple reason, Pyramid Schemes are illegal in numerous countries (including the USA).

Why is it immoral?

I was mentioning earlier the question "what is the difference between a pyramid scheme and network marketing" and I explained that network marketing is nothing but a tool used by Pyramid Schemes (among others).

Indeed, to enroll new members, existing members must find "around them" people willing to trust them with an initial investment and the promise of wealth. To achieve that, members usually use network marketing.

For this simple reason, Pyramid Schemes are immoral as they not only ruin the new comers but also encourage you to take advantage of your own friends and family to generate revenue.

If you haven't read it yet, I invite you to look at "Marketing and ethics, where is the limit?". 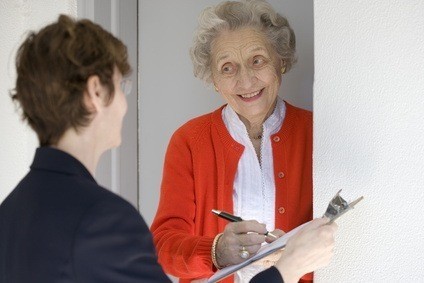 Can't it be legal?

Some systems "look like" Pyramid Schemes while being perfectly legal. That is the difficult part most governments are facing: how do you differentiate a Pyramid Scheme from a legal Network Marketing-based system?

Here are the three elements you must carefully consider to estimate the legality of a business model based on network marketing: 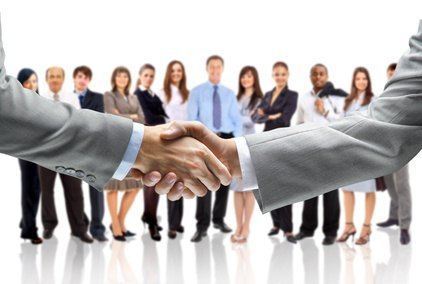 If you found a system that you can enter without paying a fee, that sells an actual product that does not require you to become a sales yourself and that does not generate revenue by recruiting new salesmen, you can estimate the system is safe and legal. But the best solution is surely to check whether the company is officially registered!

Why Advertisement is killing you - the era of Words of Mouth

Become a Connector: the importance of building your network
About the author

trends
5 marketing trends to have on your radar in 2023
As we start a new year, it's essential for businesses to stay on top of the latest marketing trends. 2023 promises to bring n...