Have you noticed that some projects keep slipping away to an always moving deadline? These projects are postponed week after week, month after month until you finally decide to take them off your list. In this article I'll review the reasons why this is happening and what you can do about it. 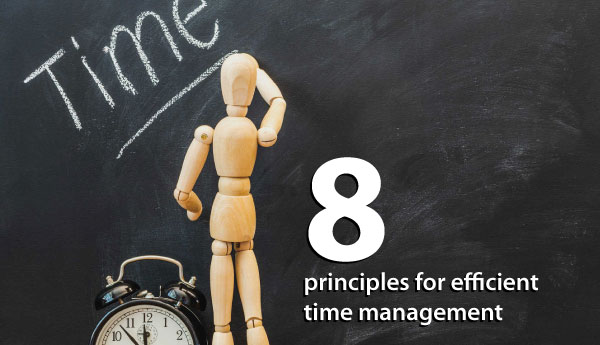 Did you notice that some of your projects take much longer than expected?
In this article I will review the laws and theories of Eisenhower, Laborit, Charles Duhigg, Parkinson, Dunning-Kruger, Pareto, Eliyahu Moshe Goldratt and Hofstadter to better understand why your projects never hit the original deadline and what can be done to improve it. Ready?

The Eisenhower box is a concept of tasks categorization that allows you to prioritize your workload and make sure you focus on the right thing.

With this approach, you must identify whether a task is urgent (with a tight deadline) and important (with a strong impact).

Based on whether the task is urgent, important, both, or neither, you can define whether it should be given additional priority, delegated or even dropped. 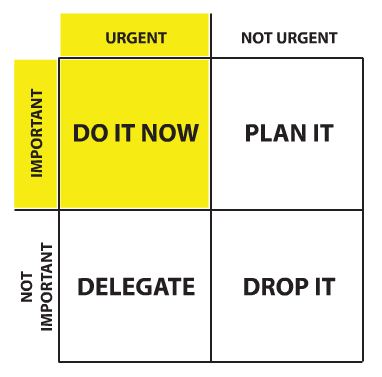 Laborit's Law - The Law of the Least Effort

Henri Laborit, French neurosurgeon, introduces the "law of the least effort". This rule explains that the human brain is made in such a way that we constantly seek instant gratification. As a result, we naturally prioritize easy, enjoyable and quick tasks that generate rapid satisfaction, and delay longer or more complex tasks.

Because of this, we are easily distracted by "last minute quick tasks" that do not take much time but delay more important projects, leading to constant procrastination (I'll do it tomorrow).

Charles Duhigg - The Power of Habit

According to the author, each day we have a limited amount of "will power" to force ourselves to do things we don't necessarily want to do. Using this will to bend our routine and build new habits helps us combat procrastination and work against the Law of the Least effort.

According to Cyril Northcote Parkinson, British naval historian and author of some 60 books, “Work expands so as to fill the time available for its completion.”

What this means is that the longer you have to complete a project, the longer you need. Typically, if a project could be done in a single day but you're given 10, you will take the whole 10 days to do it.

Tightly linked to Laborit's Law, this concept explains that when additional time is given for a specific task, we tend to use the additional time to do other things instead.

According to Douglas Richard Hofstadter, American scholar of cognitive science, physics, and comparative literature, "It always takes longer than you expect, even when you take into account Hofstadter's Law."

Simply said, it is very difficult to estimate the amount of time required for a difficult task, and such tasks are often underestimated, explaining our general difficulty to hit deadlines.

Two social psychologists, David Dunning and Justin Kruger, published in 1999 a study showing that your confidence in a specific topic is not proportional to the knowledge of that topic. Consequently, we tend to underestimate the complexity of a task when we know little about it, but our confidence drops quickly as our knowledge increases.

The Dunning-Kruger Effect is very much aligned with Hofstadter's Law, explaining that we tend to constantly underestimate the time required to accomplish a given task, especially when this is not a routine task we master already. 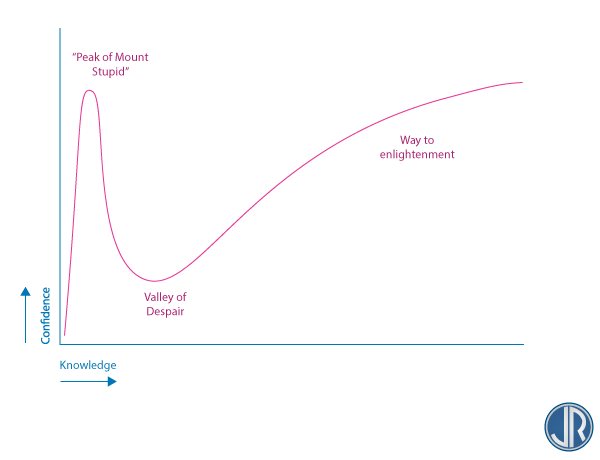 The last, yet most renowned, principle is certainly the Pareto one.

Put simply, the Pareto Principle states that 80% of the outcome comes from 20% of the effort. In other words, when managing a project, 20% of your effort generates 80% of your results. Once you know it, you can identify what these 20% are to do more of it and try to do less of the 80% that have little impact. 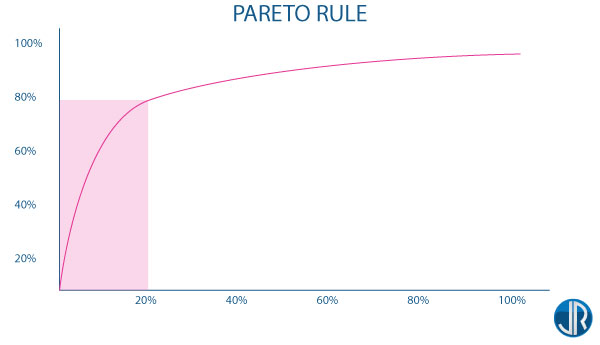 This one isn't a "law", per say, but an important learning extracted from "The Goal", by Eliyahu Moshe Goldratt, then later from the "Phoenix Project", by Gene Kim.

The book highlights the problems of communication between silos and the importance to identify bottlenecks. Any large cross-department project requires to pass tasks along the chain to completion. Identifying bottlenecks (specific milestones that slow the entire process down, because of poorly estimated timeframes or an elevated amount of work, for example) helps smooth the chain work and avoid delays.

How to improve task management?

To write this article, I have suffered from each and everyone of these theories.

I have delayed it by over a month, prioritized immediate gratification and lower value tasks, taken every possible distraction, underestimated the amount of time required to put it together, and spent a majority of my time on tasks with low impact.

So what can we do about it?

Based on the previously stated laws and theories, here is a list of tips that should help you improve your project management skills and get your timeline back on track:

In the end, project management is a science - it isn't as easy as "just setting a deadline". Many social, behavioral and collectivity concepts impact your projects. Knowing about those is a first step on the path to success.
Julien Rio.
Last update: 2022-07-02 Tags: project management time management parkinson laborit eisenhower charles duhigg

Time is your most precious asset: learn to waste it efficiently
About the author