How will sharing economy change the world? Examples of Uber & Airbnb


A popular trend in the current economy, called a sharing economy or, in other words, a collaborative consumption or, also, a peer economy, has already altered the labor market around the world, for example, the Uber's activity, which is so much talked around these times, influenced that taxi drivers striked in New York, Chicago, San-Francisco, Paris, London. The basic idea of the collaborative consumption is to earn on sharing own possession with strangers. It could, if further develops, greatly change not only the world's economy but people's self esteem.

Possession is out of fashion!

Recent surveys show Millennials, i.e. people 25-32years old, seem to be far from being a potential buyers of own homes and even less they strive to buy cars. They are not fond of making expensive purchases (with the exception of iPhones, of course), and this is, actually, how they've gotten a title of a 'Generation Rent' as well.

If, only a decade ago, the image of a successful person comprised a possession of a house and a car, today it is associated, quite the contrary, with money invested into an experience and gathering impressions, which are traveling, extreme sports and start ups. Roots of such a transfigurations in a young social life lay in rethinking on the concept of 'Success' after the world's economic crises of 2008.

We entered the word's financial crisis of 2008–2009 overstuffed with goods, to start with bicycles at a top of a list, following kitchen supplies, electronic gadgets and 'not-for-casual' clothes in our closets, ending up with cars and houses which are expensive to maintain. Yet in 2011, in few years only, the wold was already different and a new idea of the 'Sharing Economy' occupied business and social media minds after the Time magazine has named it a one of ten ideas which would possibly alter the consumption system and change the world. It serves young people who choose to refuse buying real estate and, even, furniture, preferring to rent it instead. An idea of a wealthy possession no longer obtain for this generation, they reason that flexible and geo-independent business schedule is a far better way to live.

Mr. Jonathan Hilton, the Roost service co-founder and executive director, thinks that a collaborative consumption attracts people so widely because it provokes a hope of financial stability based on trustful and courteous relationships, besides, peer-to-peer services seem to be useful, people think it's nice to share parking lots or warehouses to store things when you don't need it yourself in a while. Few square meters on a pathway near your house can earn you a profit if temporary sold via Parking Panda. lalamove allows you to do last minute deliveries in Asia by sharing vehicles. DogVacay will help you render an extra room into somebody's dog penthouse. A drill on a garage shelf will earn you another 10 bucks a day via SnapGoods. A peer-to-peer economy is a new business space with a certain privacy were reseller's not allowed.

Meeting platforms where middlemen are not invited

In last four years many innovators introduced their inventions helping people to benefit from an own property without having a least obligation to pay in advance or extra.

Before the recent times, the transportation of passengers remained to be a monopoly held by taxi companies. Meanwhile, there were thousands of regular drivers with their own cars going same direction you do and willing to give you a ride for a payment you can afford. So, why not to cooperate with a mutual benefit? And we do it now. 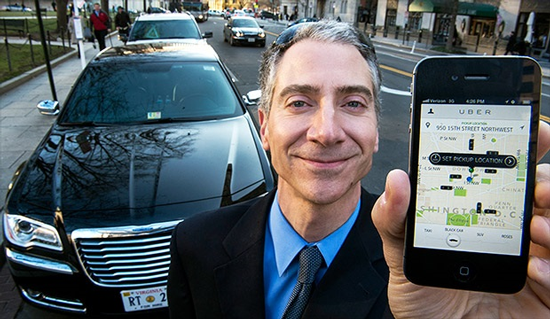 It was Uber that explained people how to render their vehicles into tools, earning to self-maintain. The service is a transportation assistance, payment goes directly to drivers who had registered with the Uber application. Soon after the application was introduced, many of taxi drivers left official jobs and started to work independently.

Another big peer-to-peer service, Airbnb, works in some similar way but different sector of the consumption. Why to buy a house in a picturesque environment each time one wants to go for the vacation if it is so easy to find a cozy living at any place on the Earth with the help of Airbnb?! A host and a guest contact directly on the Airbnb's site and agree on the rent cost and other terms of living. 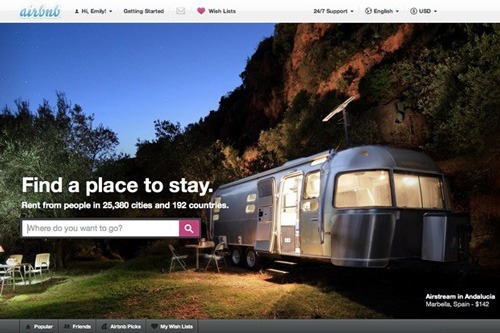 Thus, Airbnb and Uber have engaged private houses and cars in collaborative consumption and made it available to many. Nevertheless, economists are still unsure of sharing economy advantages. It's still to be decided in a future if new services create a new economical scheme or they only supersede an existing business. It's likely both are true. In a short scale, a negative impact would be that people do not buy new cars, but, on a long term period, everybody will benefit. The latter statement has been proved by the Airbnb's own recent study launched to see what impact they caused on the local economy of San Francisco. Considering the fact living facilities were less in a price on the Airbnb's site comparing to those of hotels, visitors stayed at the rented apartments longer and, therefore, spent more money feeding the city's budget. Additionally, about 15 per cent of respondents said they wouldn't come to San Francisco at all if they had no Airbnb's assistance.

What's the future of sharing economy?

It is obvious Airbnb and Uber gave a kick–start to the sharing economy development. But we remember that conventional economy was a feeding ground for the advertising and marketing. Guess what are perspectives now for ad business field?
Following creation of many peer-to-peer services, we can observe today emerging of networks connecting networks in new networks in the name of Surviving of Advertising of an Old-School-Fashion style. Built on similar peer-to-peer bases, they suggest more and more matchmaking services and sell/exchange ad spaces, still aimed to seize customers attention and time. Using a new mechanisms they support a conventional way of advertising which is catching users attention and manipulating their decisions to consume a product. Being copying shapes and instruments of the sharing economy they serve themselves but people, although people's collaboration was the core idea for the collaborative consumption.

The only company today that may pretend to have a status of a true advertising provider on the collaborative consumption field is a new player, who entered the field only in 2014, and is called APM Agentuur.

The company of APM Agentuur has been created by people making their private business and not been involved in the art of marketing, which is, among other, having skills to collect 'customer's views and clicks' and manipulating their decisions. As a private serving business itself, APM Agentuur's founders wanted to clear up the real meaning of advertising, making it a useful tool for both products/services providers and people who would benefit from receiving useful ad information on time.

Summarizing what were said above, we must agree the world is on its change. It goes forward into new and, presumably, fair relationships where a passenger pays a driver, a guest pays a host, advertiserpays a customer for the attention and customer will generously pay back a respect and money forservices received. These relationships are healthy and will fill our life with justice.

WeChat Marketing in 2020 : new features you need to know

Most popular WFH hashtags on LinkedIn

Human / Machine collaboration for omni-digital customer care
About the author