People detect problems all the time, but very few will say it out loud. Laziness and fear are two major issues impacting the quality of your company services. By detecting problems on time and blowing the whistle, things can go far smoother.

But like in all companies, in your company, there are problems.

Those problems are usually minor, and most of the time they remain undetected. But when problems accumulate and generate real issues, it is usually too late to solve them efficiently.

In this article I would like to point out those problems and show how easy and efficient it is to point them out on time.

What do I call "problems"

What are "problems"? Well, I decided to call those "problems" because it covers a very large set of mistakes, misunderstandings, errors and so on.

What I consider as "problems" are all those small details that we usually notice but consider as irrelevant or minor and simply decide to ignore. A product that isn't fully functional, a packaging that doesn't close properly, a website that doesn't work on some browsers, a spelling mistake in a presentation, etc...

One small problem might not have much impact, but when those accumulate, this is your image and your reputation that you jeopardize. This is why it is important to always have in mind the big picture without losing focus on the details. 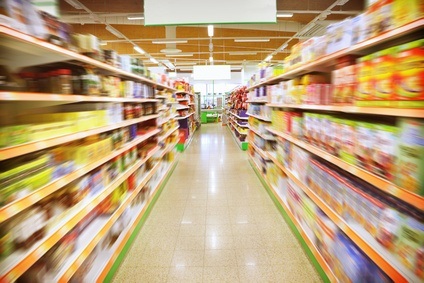 Recently, I watched a presentation from Seth Godin. What I call "problems", he calls it "this is broken".

In this presentation, Seth orders those problems into categories. All of them are valid, but for the purpose of this article, I would consider two of them, those I consider the most relevant: "This is not my job" and "I'm not a fish".

The category "This is not my job" is the most common one. Basically, it regroups all the problems that are never solved because people might think "solving this problem isn't my job".

The following pictures were extracted from Seth Godin's presentation shown above.

This is a typical "this is not my job" problem.

Some public toilets are broken. The person in charge of maintaining those does not know how to fix it but has a solution, a "quick fix".

He will simply put an indication on the wall "please, dispose the toilet paper in the garbage can, thank you!" and the problem is solved.

Is the problem really solved? Would it not be more efficient to actually fix it? 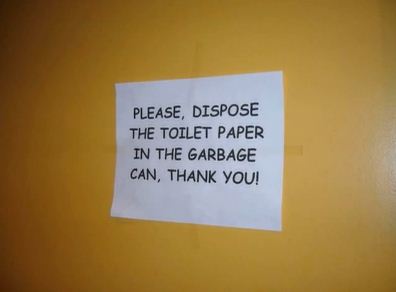 Here is another "this is not my job" problem. Maybe the most common and obvious one.

The indication below states "SOCCER NOT ALLOWED. Soccer may only be played in the archery range" which makes absolutely no sense.

The person who has applied this text necessarily knew when doing it that what he was doing made no sense at all. But this person certainly thought "this is not my job", and instead of confirming the text with the right person blindly followed the given instructions.

The result is that, not only this indicator brings no value, but it could even be misleading and generate problems. All this could have easily been avoided with a simple phone call. 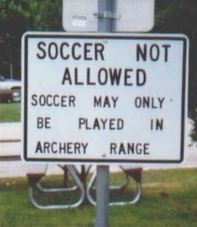 This is a typical "I am not a fish" problem: if you were not a fish, how would you efficiently design an aquarium? In other words, how can you create a product which isn't made for you?

However, if we know than some keys are constantly used and some other not, why has the keyboard not been designed in such a way that the most important keys are regrouped and organized, maybe have a bigger size, in order to make the usage or the machine easier and more convenient? 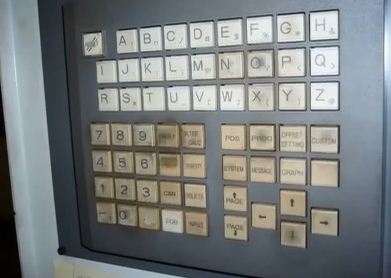 How do those problems influence your success

Those problems or mistakes might seem minor. You might think that the fact that no-one noticed it is the proof that the problem isn't important.

But this isn't the case. People noticed it. But those who noticed it might never have said it out loud, like you did yourself.

You might find one problem, and think it would be easier to leave it out. But when people notice that there is a problem, they care less about creating a second one even bigger. Then the process is started and mistakes become more and more common and obvious.

Malcolm Gladwel presents this concept in his book "The tipping point" with the example of an abandoned building.

If a building is abandoned, there is a chance that sooner or later people would break a window by throwing a stone into it. Most probably, no-one would change that window, as the building is abandoned anyway. But it wouldn't take long before someone else would throw a second stone, as obviously no-one was bothered with the first broken window. Once the process starts it is very difficult to stop it. Soon, the "virus" propagates to other buildings around and the whole neighborhood gets attacked.

A problem always leads to another one when ignored.

Why do people ignore problems

So far we have seen one aspect of problems: they tend to accumulate and grow exponentially.

We have also seen that some of those problems were due to ignorance (I am not a fish) and others due to a lack of involvement (this is not my job).

It is now time to go further and try to understand why most of the problems that are noticed are not solved. From there we should be able to find a solution and solve those problems before they accumulate.

Recently I have watched a short presentation from Margaret Heffernan called "Dare to disagree".

The presentation itself tries to encourage people to accept conflicts instead of avoiding them in order to strengthen theories and improve quality.

But the speech also highlights an extremely important point: people notice problems but hide them. Not necessarily because they are lazy, but often because they want to avoid the conflict that it could generate.

People do not want to become whistle blower. They don't want to be the guy who points out problem and generates extra work. But what people do not see when behaving that way is that they are actually acting against their own interest.

Conflict on itself isn't a negative thing. Conflict forces ideas and visions to confront each other in order to create alternative and more efficient solutions.

If you can push yourself to informing people of a problem you noticed, you will see that not only those people might be grateful that you helped them improving but also that they might have noticed it themselves but ignored it because they believed no-one else noticed. You would certainly be then considered as the one who pays attention and cares. This is what would make you a leader.

Concretely, how do I change things?

You won't be able to suppress all problems to come in the future with a magic wand.

You will have to act on different levels to slowly implement a new company's spirit that will encourage your company, your employees and yourself to see your work differently.

The first step is to involve people. An accountant might not have much to do with product design and a merchandiser might have no clue about engineering. But people with other competencies might have a different vision and pay attention to different details that you wouldn't see.

For each new product or service you would create, make sure to involve your people in the process. They should not only be informed, but their personal opinion should be stimulated and taken always positively. Do not turn down people coming with critics, embrace their comments and invite them to share openly what they think.

You must create a climate in which no-one would fear conflict but be enthusiastic about exchanging ideas and points of view. This is the very essence of involvement. By doing so, you truly involve your people in the creation process and they will, on their own, have no fear pointing out problems that can then be solved immediately.

The second step will be to point out the importance of solving problems right away, never ignoring them. As mentioned with the example of the abandoned building, when problems arrive, they low down the perception of the item and encourage more problems to arrive. 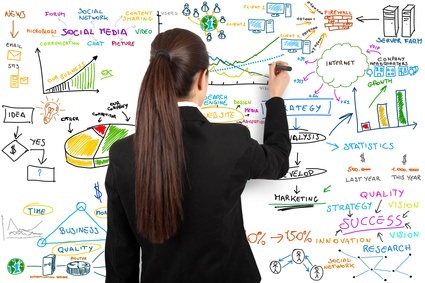 The last step is the most difficult one. You must train yourself to have a good overview of the situation while paying attention to details.

Most people have a very restrictive view of their work: they focus on what they know and ignore what surrounds them. They would not pay attention to the details or the big picture because it is easier to focus on what you can master.

The problem is that by ignoring those two essential aspects you exclude yourself from the project.

Try to get people into your boat by giving them the opportunity to understand the master plan and share the details they might have noticed without telling anyone.